So when I decided to repurpose a microserver with a 4-bay SATA disk enclosure as a NAS drive to host my local backups, I had a few different options. I could have gone with something like ‘FreeNAS’ or one of the many other open source options, but I decided that I fancied seeing what Windows Server 2019 could really do. So I installed that on an SSD within the server and went to work.

Windows Server 2019 is a good operating system. Its familiar, stable and is guaranteed support for a good few years. The biggest challenge I had was making best utilisation of my 4 SATA drives. Out of the box, there was no obvious way within Storage Spaces to do anything other than create a JBOD — essentially the equivalent of RAID0 which would give me no disk resilience. Not good for something I’m going to trust to hold my local backups. So, knowing that Storage Spaces supports parity disk layouts, essentially allowing me to create something like RAID5, I finally managed to work out how to make it work.

With the 4 SATA disks wiped within disk management, I used the following PowerShell to get the job done:

Now, I don’t recommend that you just go ahead and directly copy and paste the above — it would be a good idea to actually work out what it’s doing. I’m not responsible if you lose any data from running anything posted here! At the very least, run the following to check which of your attached disks are eligible to be pooled:

If the only disks listed are those that you want to turn into your Storage Spaces array, then you can probably go ahead and run the rest. If not, you’ll need to work out how to get your disks to a state where they can be pooled. Every set up is different so I can’t really help you with that one.

Anyhow, once you get the above done successfully, you should find yourself with a new, large disk within Disk Management. 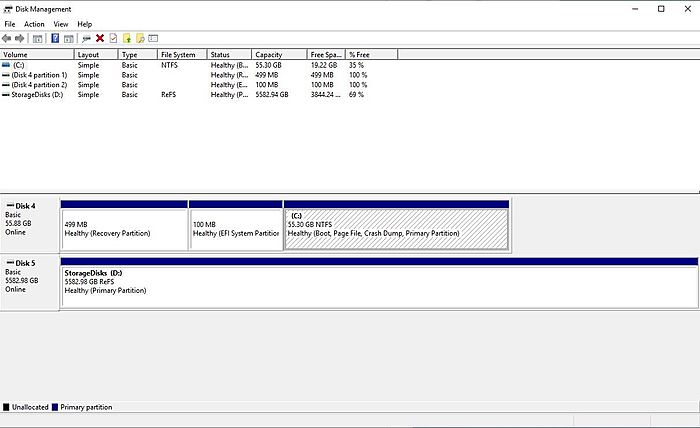 You can then go ahead and format this as you would any other disk. I’ve decided on one large ReFS volume to make best use of Windows Server 2019’s disk features and functionality. You can then check out your Storage Spaces disks and statuses within Server Manager. 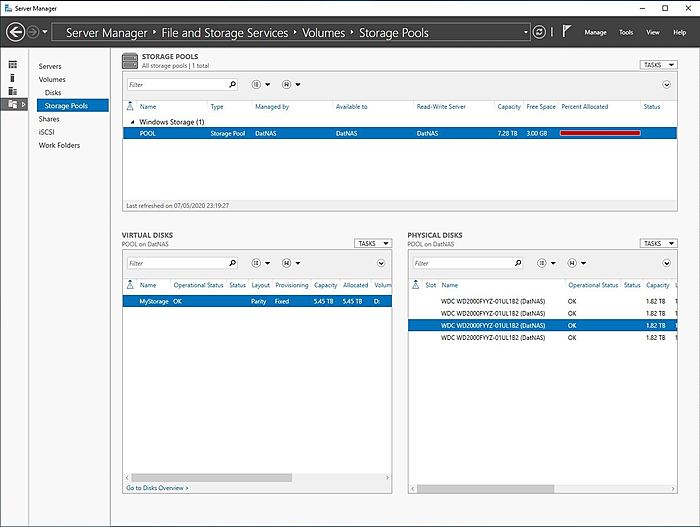 That should be all that’s needed to get you going with Parity storage within Storage Spaces on Windows Server 2019.

Fujifilm APS-C crop sensor dynamic range - is it any good?

So for whatever crazy reason I’ve bought into two separate camera systems - I’ve got a Sony A7Riii with a load of very decent glass, and I’ve got the Fujifilm X-T3 with fairly decent glass. I won’t go into the reasons for having the two... Continue →